Italian Banks Up With Rest of Europe Stocks 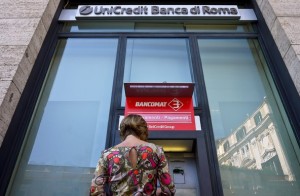 On Monday, European stock closed higher, with banks in Italy soaring following the election results for the European Parliament. In addition, hints of possible easing next week form Mario Draghi the President of the European Central Bank helped stocks.

Volumes overall were lower due to holidays in both the U.S. and UK. Stock futures on Wall Street were higher following a Friday blockbuster day.

Citizens of 21 countries in the European Union voted on Sunday to elect direct representatives to the European Parliament in Brussels. The vote likely will affect the future of the bloc beyond the five-year mandate of Parliament.

Markets on Monday were helped by upbeat housing data from the U.S.

In Germany, stocks had solid performances on Monday thanks to a suggestion that the consumer sentiment in Germany is improving through a forward-looking indicator for June.

The euro was up on the day as Draghi announced that the ECB needs to be watchful for spiral that takes place between low inflation, falling expectations of inflation and credit, in particular in the region’s stressed countries.

In Europe, the strongest performers on the day were stocks in Italy. Banks were the leaders of that move.

The gains in Italy came after the center-left Democratic Party of Matteo Renzi the Prime Minister of Italy appeared to have staved off a challenge by a rival party that is euro-skeptic headed by Beppe Grillo a comic.

Winning close to 41% of the overall vote, based upon official data that was nearly final, the showing of support for the party of the Prime Minister will help the government, which is just three months old; push through its major reforms to the economy in Italy.

Overall, however the election for the European Parliament Sunday resulted in big gains for parties on the far right and those that are anti-European Union.

They were the winners of the biggest share in France where 25% of the votes were cast for the National Front a far-right party. There were also strong showings in Denmark, Greece and the UK.

Early results indicated that the Independence Party in the UK had beaten both Labour and the Conservatives, which if it holds true would be the first time an election of this type has not been won by either Labour or the Conservatives since 1920.

Air Products and Chemicals Lifted to Positive at Susquehanna Bancshares