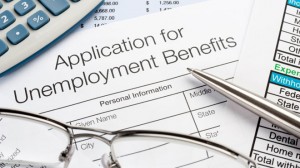 More people applied to receive unemployment benefits in the U.S. last week. However, the overall number of applications was low during August, according to data released by the federal government.

The U.S. Department of Labor reported that weekly applications for the unemployed were higher by 11,000 to reach a level of 315,000, which is seasonally adjusted. However, the average for four-weeks, which is a much less volatile gauge, increased by only 750 to reach 304,000.

In July, the average for four-weeks fell to a low of eight years to 293,750. The majority of applications are for those who were laid off. In general, when employers are keeping staff then less applications end up being submitted.

The data released on Friday was for the week that ended September 6. At times, when there are holidays near, the jobless data becomes somewhat unbalanced.

The slight increase in the number of benefits applied for could mean some businesses have laid off as the summer season heads to fall or that some people who have been unemployed started looking for work again.

According to the new jobless claims report of last week, the number of Americans continuing to receive benefits after one week increased to 2.49 million during the final week of August. Some individual states had decreases in claims, but the majority saw a slight increase.

However, most industry experts believe it is due to the seasonal adjustment period as Labor Day weekend was a week earlier than normal and next week the filings should adjust themselves.

The jobs report from last week released by the Labor Department show that employers in the U.S. added over 142,000 new jobs during August. However, that was less than what was expected as for the past six months the average increase has been over 200,000.

The current unemployment rate in the U.S. edged down in August to 6.1%, said officials in the jobs report released last Friday by the labor department.

Nuverra Environmental Solutions, Inc. Short Interest Up 29.1% in May