Hotel Company Latest to be Hacked 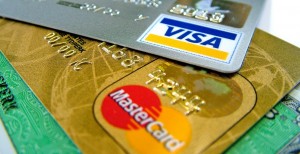 White Lodging is the company that maintains the hotel franchises of Westin, Sheraton, Hilton and Marriott and has apparently be hit with a data breach that has exposed the debit and credit card data of its guests in 2013, said Brian Krebs an independent security specialist.

The banking industry noticed fraud in hundreds of payment cards that previously were used at different Marriot hotels, said the security expert, who was the first to report that retailer Target suffered a huge data breach on Black Friday of last year.

However, the same sources have said they were puzzled with the pattern of the fraud, because it only appeared at specific Marriot hotels in Austin, Denver, Chicago, Los Angeles, Tampa and Louisville, said Krebs.

As it turned out, said Krebs, the common thread was that all of those particular Marriott hotels were managed by the company White Lodging.

White Lodging is based in Indiana and issued a Sunday night statement due to the findings. The statement said the company was investigating the situation and would report any new information as quickly as it is available.

Marriott said they are working with the franchise management business while they investigate the matter themselves.

White Lodging now becomes another on the lists of businesses in America that are investigating security breaches.

The hacking of the systems at Target could be the biggest in history to hit U.S. retail. That one breach affected as many as 110 million clients, including 40 million debt and credit cards and as many as 70 million consumer’s personal information.

The breach was discovered by Target in December and they notified their customers several days after they became aware. The retailer then launched a huge investigation with the aid of a security firm and public law enforcement.

Since the disclosure by Target, Neiman Marcus the high-end retailer announced that more than 1 million cards used by customers had been compromised last summer in a security breach.

In January, Michaels the arts and crafts retailer said its computer systems might have suffered a security breach.

It is not clear if the possible attacks had any relation, but security experts warned that most likely other companies had been targeted by the hackers that hit Target.