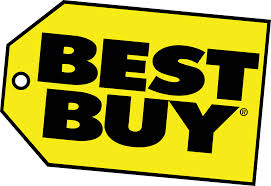 For the period that ended on January 4 (nine weeks), sales at same stores, which are for stores that have been open a minimum of 14 months and its online sales decreased by 0.8%, which was below the expectations of analysts.

Same-stores sales in the U.S. dropped 0.9%, while analysts had expected the electronics giant to report sales growth at same stores of 0.7% during the holiday shopping period.

Best Buy increased its number of specials during the holiday season to be competitive with the other electronics retailers. It also warned back in November that the margins during its fiscal fourth quarter could be hit due to that.

The company was one of many retailers that were open on Thanksgiving Day as a way to attract additional shoppers. The electronics retailer also extended store hours on the run up to Christmas.

CEO and President Hubert Joly said that the hefty promotions during the holiday season and the company’s efforts in pricing ended up costing more than was expected. The company now expects its income from operations will fall during the last quarter.

Joly also said that revenue for the holidays was hurt from supply constraints of key products, a disappointing market for mobile phones and a significant fall in overall traffic in stores.

HHGregg Inc an appliance and electronics retailer last week released a disappointing outlook for its fiscal third quarter. The business has estimated that sales at same-stores dropped by 11% including a drop of 20% in its consumer electronics. Dennis May the CEO and President at HHGregg said the company did not participate completely in the large promotional environment during the short holiday season.

GameStop Corp saw its stock price drop by 20% on Tuesday after the video games retailer reported a big drop in its holiday sales. The company also lowered its estimate for earnings for its fourth quarter.