Hibbett Sports (NASDAQ:HIBB) had its price objective upped by Susquehanna Bancshares from $25.00 to $30.00 in a research note issued to investors on Friday, The Fly reports.

Hibbett Sports (NASDAQ:HIBB) last issued its quarterly earnings results on Tuesday, May 26th. The company reported $0.31 earnings per share for the quarter, missing analysts’ consensus estimates of $0.43 by ($0.12). Hibbett Sports had a negative net margin of 1.42% and a positive return on equity of 5.39%. The company had revenue of $269.80 million during the quarter, compared to the consensus estimate of $211.45 million. During the same period last year, the company earned $1.61 earnings per share. Hibbett Sports’s revenue for the quarter was down 21.4% on a year-over-year basis. As a group, analysts anticipate that Hibbett Sports will post 0.93 EPS for the current fiscal year.

Hibbett Sports, Inc, together with its subsidiaries, operates athletic specialty stores. Its stores offer a range of merchandise, including athletic footwear, athletic and fashion apparel, sports equipment, and related accessories. The company also operates Hibbett.com, an e-commerce Website. It operates approximately 1,100 stores under the Hibbett Sports and City Gear names primarily in small and mid-sized communities in the United States.

Further Reading: What is the Euro STOXX 50 Index? 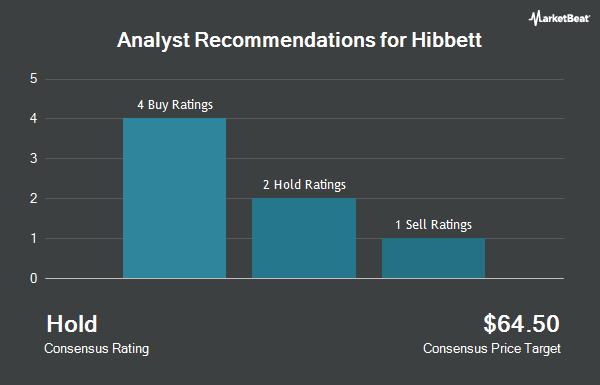