Halliburton Reports Drop in Sales of 36% as Fracking is Reduced 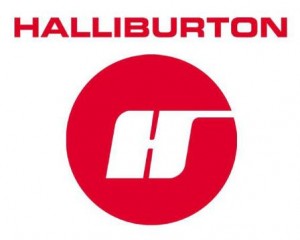 Halliburton Co’s saw its revenue fall by 36%, which helped to push the largest provider in the world of fracking services to a loss during the third quarter as the worst downturn in the crude market in decades is reshaping the industry.

The company, based in Houston, had a $54 million loss equal to 6 cents per share, in comparison to a $1.2 billion net income equal to $1.41 a share one year earlier.

Excluding special items, the result per share was 4 cents above estimates of analysts of 27 cents.

Sales at the company dropped for the three months to $5.5 billion.

It was a difficult three months said one analyst who has rated the shares as a buy. Most people had thought that things during this just ended quarter would level off, but they stayed on their crash course downward.

Oil explorers have eliminated over $100 billion from their global spending for this year after the prices of crude fell by over half since June of 2014.

Prices that service businesses charge for fracturing, which blasts sand, chemicals and water underground to release the hydrocarbons that are trapped, are projected to drop up to 37% this year in North America.

Halliburton is now operating at a break even for North America, reporting operating profit margin of 0.8% for the quarter.

Schlumberger Ltd has reported an 8.9% margin for the same time frame. Halliburton said it was working at higher costs than the market needs at this time so it could be ready for work that comes in once its deal of acquiring its rival Baker Hughes is finalized.

Halliburton cut 2,000 more jobs in October as the slump in oil prices continued.

The company said that its first quarter in 2016 could be its lowest point for its profit margin in North America as customers begin fresh with new budgets for spending for 2016 and then tap the pressure pumping expertise of Halliburton to start wells.