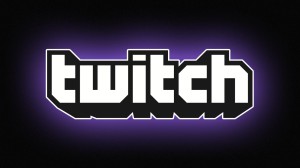 Google wants to buy Twitch, a service that gives gamers the chance to stream their games. The negotiation is in its early stages. However, according to people who are familiar with the situation, Twitch is also considering just selling part of its company, not the entire thing.

In another report online, a tech site said that YouTube, Google’s video site would pay more than $1 billion for all of Twitch and that the sale is practically finished.

Twitch is a gamers’ paradise as it is a streaming service that allows gamers to broadcast their play, showing off skills and teaching other users how to play.

The streaming service has more than 1 million active broadcasters each month and earns its money through the sale of ads that are viewed by over 45 million each month, said the company back in February. This past September, Twitch raised more than $20 million by selling a stake in the business.

The site was first launched in June of 2011. It was the video streaming unit for the gaming branch of Justin.tv. However, Twitch outgrew Justin.tv and made the co-founders of the company decide this past February to begin using Twitch Interactive as an umbrella name for the company.

Google has been interested in Twitch since it would potentially help prop up YouTube, which already has a live video service for sports, music, games and more.

Twitch generates the most live streaming video of any site online. It outpaces that of YouTube Live, NBC Sports and ESPN, according to company that has been established to help service providers optimize their own networks for streaming video content delivery, known as Qwilt.

A spokesperson for the search engine behemoth would not make a comment regarding rumors. In addition, Twitch would no reply immediately to a request for more information and a comment.