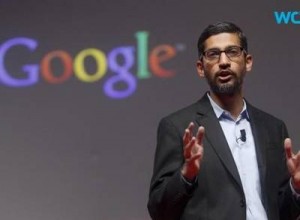 Google Inc announced it has plans to launch a wireless service in the U.S. This raises a risk of creating tension between the Internet giant and the other wireless carriers that support its mobile Android OS.

The service said Google is to be small scale and is not intended to compete against the four big national carriers in the U.S., said Google executive Sundar Pichai who is in charge of Android.

Instead, the service is intended to demonstrate the technical innovations that wireless carriers could adopt. Regardless of its size, the entry by Goggle into the wireless industry will likely send big ripples through the industry that has been largely controlled by Verizon, AT&T, Sprint and T-Mobile in the U.S.

The entry into the wireless industry is a signal of the ambitions of Google to extend beyond the selling of services and advertising across the Internet to influencing how access to the Internet is delivered.

Pichai said that in the coming months Google will be announcing its goal of driving a set of new innovations that the company believes the system should adopt.

These comments by Pichai confirmed media reports from earlier. Google has entered into deals with T-Mobile and Sprint to use their networks to resell its service, said people close to the situation.

Pichai announced Monday that Google will join forces with carriers and launch the new service but did not name who they were. Verizon, AT&T and T-Mobile did not comment.

Google’s service would sift through T-Mobile and Sprint cellular connections as well as hot spots for WiFi picking the signal that was the best for the routing of calls, data and texts, said those close to the situation.

Pichai said the new service was aimed at seamless handoffs between cell networks and WiFi to prevent calls from being dropped and to re-connect them automatically.

This move by Google into cellular comes amidst an industry squeeze as Sprint and T-Mobile lower prices looking to increase subscriber counts, while over costs to acquire wireless spectrum increases.