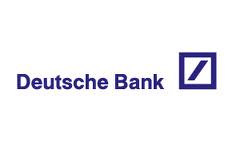 Deutsche Bank announced huge losses that caused the markets in Europe to start the week on the negative side as data from China that was slightly better than had been expected could not dispel an air of caution.

Germany’s biggest bank reported a 2013 fourth quarter loss before taxes of 1.15 billion euros, which came as a big surprise. The loss, said bank officials was for heavy costs in restructuring, balance sheet reductions and litigation.

Originally, the bank was to report its quarterly results on January 29, but opted instead to release them earlier after a report on Friday from the Wall Street Journal said the bank could announce a profit warning.

Shares at the bank opened Monday down over 5%, which dragged down other bank shares across the European region.

U.S. markets were closed Monday for a holiday. The Dow Jones ended the week last Friday with a slight gain, while the S&P 500 was down for last week.

Annual economic growth in China slowed a bit to 7.7% for the final quarter, which was slightly higher than forecasts from the market of 7.6%. That countered any fears that there could be additional monetary tightening needed for a sharper pullback.

Other financial data from China was in line with analyst forecasts, as retail sales grew 13.6% during December over the same month a year ago, while industrial output was up 9.7%.

That resilience is considered positive for Australia since China is its single largest export market. The Australian dollar climbed off its low of three years to end the day at $0.878.

However, the currency in Australia remained out of favor as it shed over 2.4% last week because of disappointing data domestically and the increased demand for the yen and U.S. dollars.

On Monday, the yen was up as the general thought of risk aversion has led speculators to cut down on short positions, which have been popular in trading for month.

ArcelorMittal Given a €47.00 Price Target by Deutsche Bank Aktiengesellschaft Analysts

Iberdrola Given a €13.00 Price Target by Jefferies Financial Group Analysts