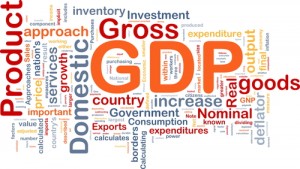 The economy in the U.S. grew at a good rate during the fourth quarter of 2013, as consumers spent more and businesses increased their investment. The last six months of 2013, marked one of the best periods of growth over six months in the past decade.

The gross domestic product, which is the goods and services produced, is the broadest measure across the economy. It was up by a seasonally adjusted rate of 3.2% during the last three months of 2013, said the Department of Commerce on Thursday.

Increased spending by businesses and consumers and healthier exports helped the growth during the fourth quarter, which offset the declines form the residential and government sectors. Imports, which are subtracted from GDP, increased.

It was the strongest second six-month increase since 2003, when the economy grew by a pace of 5.8%.

The report on Thursday showed the economy had remained resilient even though there had been budget battles in Washington and a partial shutdown in the government in October. Some consumers and businesses had been forced to re-examine spending decisions and might had stopped people from making large purchases.

Signs of consumer spending strengthening also suggest the consumer withstood the increase in payroll tax during the beginning of 2013 and benefitted from a labor market that improved.

The U.S. Federal Reserve indicated an underlying strength in the economy when it said on Wednesday it would continue to pare back its program of bond buying.

It will purchase $65 billion monthly in bonds as of February.

The Fed forecast that the U.S. economy would increase this year between 2.8% and 3.2%.