Gas Prices Have Dropped over the Past Few Weeks 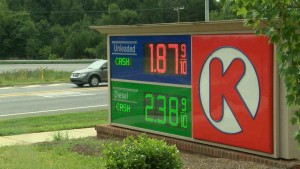 Filling up a passenger vehicle in the United States is the cheapest it has been in more than a decade, yet its remains too expensive.

The average price of a retail gallon of gas in the U.S. dipped on Sunday to $2.95, which was down 7.4 cents from the week before and was the lowest price for this point in the year since 2004, says AAA the Florida based largest national motoring group.

Costs are dropping due to the oil futures dropping for eight straight weeks, which is the longest continual drop since 1986.

With crude trading at its lowest of $37.75 per barrel on Monday, gasoline should be even more inexpensive. Since 2004 when AAA started to track prices, retail gasoline has only been above $2 per gallon on two occasions when the price of crude was less than $40 per barrel.

Prices at gas stations are now nearly three times as high as oil on the basis of per barrel, the largest gap that has been recorded.

There are a few reasons for that disconnect. Gasoline for summer is more expensive than gasoline for winter because of regulations for clean air.

There have been a number of refinery fires and a few breakdowns of late that have lowered the production of fuel in certain areas.

Americans currently drive more miles than ever before due to the improvement of the economy. Filling stations usually lower retail prices of gasoline slower than when they raise them.

A spokesperson for AAA said through a phone conversation that since oil is rapidly falling, gas prices remain higher than what is expected. Several U.S. refiners have had problems and there is a record high amount of driving, which is a perfect combination for keeping the price of gasoline higher than what most people in the industry would expect.

Relief for drivers could come over the next few months. AAA is expecting the average price at the retail level to drop close to or below $2.00 per gallon before the end of 2015, said their spokesperson.