FTC Settles with Company That Tracks Consumers Via Smartphones 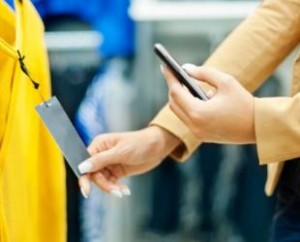 The U.S. Federal Trade Commission and Nomi Technologies reached a settlement, after the U.S. regulatory agency says the company did not abide by its promises to allow consumers the option of not being tracked while shopping.

This week’s settlement was the first enforcement by the regulator against a company that specializes in retail tracking.

Nomi is one of a number of companies, which have developed means of using cell phones as a way to track the movements of shoppers for commercial purposes.

According to the complaint filed by the FTC, the company utilizes censors inside stores to collect unique codes on smartphones when the device is searching for networks with WiFi, a thing phones almost always do by default.

The users’ movements both in as well as outside of the stores were tracked by using the unique ID, including the type of device, the time that the shopper was there and the signal strength enabled them to determine how close the shopper had been.

The information was collected by Nomi on close to 9 million devices during the first three quarters of 2013, said the FTC.

It used a special technique referred to as hashing to obscure the smartphone’s identity, but it still generated a code that was unique that was associated with the device thus allowing them to be tracked and possibly reveal information that was sensitive about the movements of shoppers, said the complaint lodged by the FTC.

Nomi used the information to give data to retailers about the shoppers – for example, the number of repeat customers during a certain period and how long the people remained inside the store, said the FTC.

The reports did not have information about the specific shopper, but the regulatory agency said that Nomi violated its own policy about privacy.

In late 2012, Nomi promised to allow mobile device owners to opt out of being tracked, but the FTC complaint says Nomi failed to do so. In fact, said the FTC consumers did not even know the company was tracking them.