Franklin Electric Co. (NASDAQ:FELE) VP Donald P. Kenney sold 474 shares of Franklin Electric stock in a transaction on Thursday, July 30th. The shares were sold at an average price of $56.50, for a total transaction of $26,781.00. The sale was disclosed in a document filed with the SEC, which is available through this link.

See Also: What is the Dow Jones Industrial Average (DJIA)? 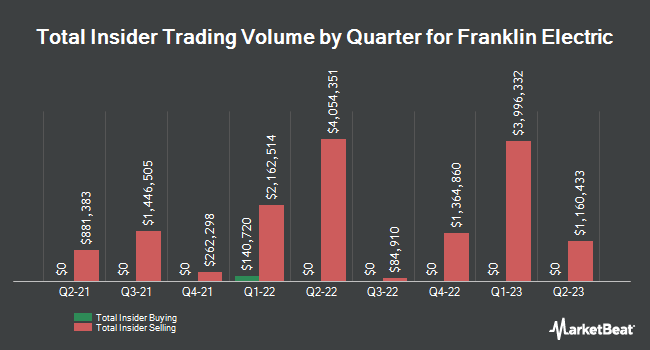