Fast Food Restaurants Resolution is to Change Their Image 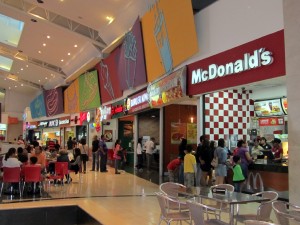 Fast Food restaurant chains have proclaimed their New Year’s resolution to be dropping the junk.

As the vast majority of people express their distaste for the food they believe to be overly processed, Taco Bell, McDonald’s and other fast food chains are attempting to shed the reputation for serving meals that are reheated and loaded with different chemicals.

Included in that is rethinking artificial preservatives use as well as other ingredients that customers have come to find as objectionable.

CEO Greg Creed of Yum Brands, which is the owner of Pizza Hut, KFC and Taco Bell, said demand for real and fresh is rising quickly.

During a presentation Creed gave last month for investors and analysts, he said the company needed to become more transparent with its ingredients and use far fewer preservatives.

Recasting its fast food as real and fresh will not be easy. One big reason is that it is regarded so universally as greasy and cheap.

Another big problem is that words such as healthy, real and fresh have meanings that are nebulous, making it difficult for businesses to pinpoint how to approach change.

One way that chains are looking into redefining themselves is purging recipes of the chemicals people are likely to find unappetizing.

Packaged beverage and food companies have already reformulated some products to removed those type of ingredients, even while remaining behind their safety’

For instance, PepsiCo said it is removing Gatorade’s brominated vegetable oil after a teenager’s petition went viral that noted it is not approved to be used in some overseas markets.

Without giving any details, Andres said customers should expect changes in the early part of 2015. His remarks came following the company reporting a decline of 4.6% in sales in the U.S. for November, capping a struggling performance that has lasted for two years.

Andres commented that why does McDonald’s need preservatives in the food if it goes through the food so quickly.