A number of equities analysts have recently issued reports on the company. BidaskClub downgraded F5 Networks from a “hold” rating to a “sell” rating in a research note on Wednesday, January 8th. Evercore ISI began coverage on F5 Networks in a report on Friday, December 20th. They set a “hold” rating and a $150.00 price objective on the stock. Goldman Sachs Group reiterated a “sell” rating and issued a $117.00 price objective on shares of F5 Networks in a research report on Friday, December 20th. Cowen cut their price objective on F5 Networks from $185.00 to $169.00 and set an “outperform” rating for the company in a research report on Friday, December 20th. Finally, Barclays boosted their target price on shares of F5 Networks from $160.00 to $170.00 and gave the stock an “overweight” rating in a research report on Thursday, October 24th. Five equities research analysts have rated the stock with a sell rating, seven have issued a hold rating and six have assigned a buy rating to the company’s stock. The company has an average rating of “Hold” and an average price target of $155.57. 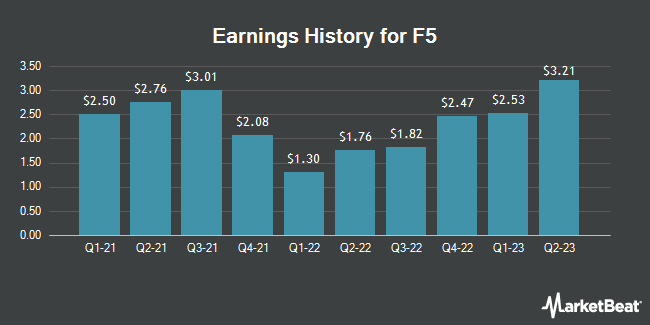