EE Offering Call Service on WiFi to Compete with WhatsApp 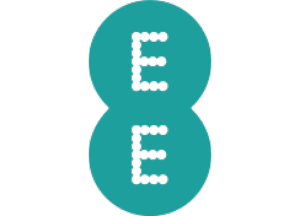 EE the mobile operator based in the UK launched a service for WiFi calls that allows its customers to voice calls and to send out text messages through a WiFi network.

The WiFi Calling offered by EE will debut on the new Samsung Galaxy S6 and S6 Edge as well as the Lumia 640 by Microsoft on April 10.

In addition, the iPhone 6 and 6 Plus, the iPhone 5S and 5C will also be compatible with the new WiFi Calling. EE said that by the summer over 5 million customers would have access to his service, at which time it will be available as well to EE corporate customers.

This service is designed to help those living in rural areas that struggle with getting a decent signal on their mobile phone. EE says that 1 out of 10 Brits have more than one room at home where no mobile signal comes in.

Olaf Swantee the CEO at EE said that losing coverage while at home is a huge inconvenience and with WiFi Calling there will be a huge difference realized for millions of our customers throughout the UK, from London’s basement flats to the homes that are most rural in the countryside.

The WiFi Calling service at EE faces tough competition as WhatsApp just launched a call service. However EE argued that this service is much easier as it uses the standard dialer and contacts.

Swantee said that EE customers want to text and call regardless of where they are and they do not want to decide on what app is needed  or if they have friends with a third party service.

Vodafone plans a launch as well of a similar service sometime later in 2015, while both Three and O2 already offer customers the ability to make phone calls over a connection of WiFi through their Tu GO and their Three InTouch apps.

The WiFi calling launch comes after the wireless provider pledged to bring in 4G speed to as much as 90% of the UK with 150 Mbps 4G to 20 cities by the beginning of 2017.