Due to Hacking Issues, Sony Will Extend Holiday Sales for PS 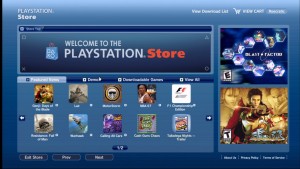 Sony’s big flash and holiday sale at the PS store should be over by now. However, Sony announced that they are going to extend the sales since the PlayStation Network was down for some time, which may have caused a few gamers to miss the deals that were up and running.

The holiday sales are still up and strong, though, and you can take full advantage of discounts including TV shows, movies and games that Sony offers any time between now and the 6th of January.

The sale is not just to save a couple of dollars, which many possible game players might have thought. Popular titles for PS4 such as Alien: Isolation, dropped to $36 for members that are not PlayStation Plus when the regular game price is $60.

Yes, ones who are paying a little extra for the membership get a little extra in savings, in the Alien: Isolation title they save another $5. Other titles worth looking at in the list of deals include Diablo 3 which drops anywhere to a cost of between $36 and $40. Non-Plus members can get the somewhat new COD: Advances Warfare for $45, which is a $15 discount on the popular game title.

Though this article centers its attention on PS4, there are a number for deals for the Vita and the PS3 as well.

There are more old games that new ones on sale, but a few of the PS4 games with the same title for the older console have good sales as well.

As mentioned before, it is not only games that can be found for good prices. Movies like The Hobbit, Godzilla and Anchorman 2: The Legend Continues as well as others can be bought at the PS store for close to nothing. In addition, one enjoy shows like Sons of Anarchy, The Flash, Family Guy, The Big Bang Theory, Arrow or American Horror Story, then full seasons of these shows have quite good deals as well.