Drought in California to Cost Consumers 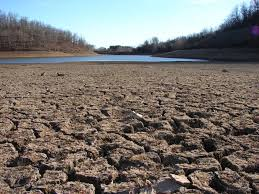 The ongoing drought in the state of California has caused farmers to feel the pinch. One farmer is worried if the drought continues throughout the year, he might lose his business.

The farmer raises beef that is grass fed. However, with no rain and very little water for pastures it means little or no food for the cattle. The farmer said the cost of giving food to the animals has increased significantly and that has caused the farmer to sell part of the herd he has.

His farm is operated off wells, but over half of his water supply has been lost in just the last six months. The farmer said he has to move his entire farm to where more water is available.

Because of the additional cost due to the drought, farmers believe the trickle down affect will take place with consumers likely paying higher prices at their supermarket.

Estimates are that vegetable and beef costs will increase by 25%. The farmer hopes not to have to increase prices on the vegetables, but if the price must be increased, it could be as much as 20% for both vegetables and beef.

The biggest water crisis in the state is in the Central part of California, where the farmers are getting very little water or none at all.

Certain farmers have cut back by as much as 50% on all the vegetables that are grown in the area of the Central Valley. That means a huge effect on prices of products such as lettuce at the supermarket, as well as on asparagus, broccoli and other types of vegetables.

Farmers are predicting that if they have the increase the prices, then restaurants will be force to do the same. If avocados double in price, you can be sure that price will be reflected in the price of guacamole or tacos in restaurants. Some products could even be taken off the menu of restaurants if the prices become too expensive to include them.

Help with the drought in the form of steady rains over a period of time is not in the near forecast. In the meantime, farmers are trying to conserve as much as they can without affecting the quality of their product.