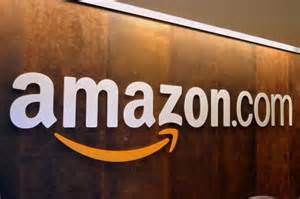 The fallout from Satya Nadella the Microsoft CEO’s faux pas about raises and women continues, as online retail behemoth Amazon just released a diversity report about its company, showing a breakdown statistically of its workforce.

Once the report was released, there was little to be seen that surprised anyone.

According to the report by Amazon, 63% of the rank-and-file employees at Amazon are male and 37% are female. The figures are from September of 2014.

That figure does not seem all that bad in comparison to some of the tech firms, but the gap is extended considerably when you reach the level of upper management, where over 75% are male and just 25% are female.

However, that difference is not the only figure that is disturbing for workplace diversity advocates. The report indicates that over 60% of the employees at Amazon are white, while just 18% are black, 13% Asian and 9% Hispanic.

In positions of management, 71% of all managers at Amazon are Caucasian.

When looking closer at those numbers, you can see there is much work to do with ensuring a good racial and male to female balance.

The numbers are quite disturbing to civil rights activist Reverend Jesse Jackson, who released his reaction to the report in a statement following the Friday release by Amazon of the report.

Jackson said it was skewed in favor of white male supremacy and the numbers do not look like today’s America.

While the online retail giant would not provide an official statement regarding its report on diversity, it has a statement posted on its website that says, the diverse perspectives come from a number of different sources including race, age, gender, culture education, national origin as well as life and professional experience.

The statement added that Amazon was looking to develop new leaders and to shape the future pools of talent to help meet the many needs of our growing customer base across the globe.