Denison Mines (TSE:DML) (NYSE:DNN) had its price target upped by Raymond James from C$2.10 to C$2.40 in a report published on Friday, Price Targets.com reports. The brokerage currently has an outperform rating on the stock.

Denison Mines Corp. operates as a uranium exploration and development company in Canada. Its flagship project is the 90% interest owned Wheeler River Uranium project located in the Athabasca Basin region in northern Saskatchewan. The company was formerly known as International Uranium Corporation and changed its name to Denison Mines Corp.

Featured Article: How does a reverse stock split work? 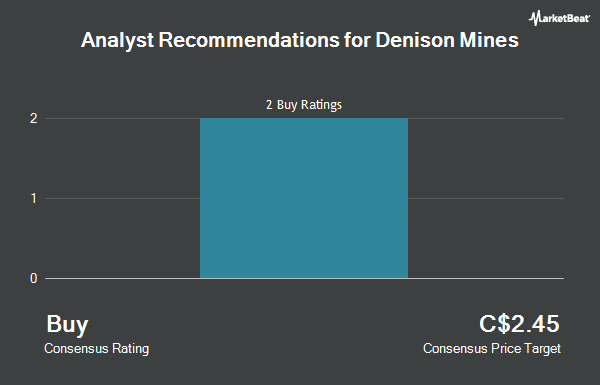 Complete the form below to receive the latest headlines and analysts' recommendations for Denison Mines with our free daily email newsletter: