Consumer Sentiment Up to High of Five Months 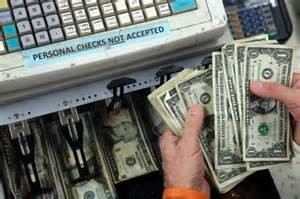 Consumers adopted a brighter attitude toward the U.S. economy during June, according to a survey released on Friday that followed an upward trend during this week of economic reports.

The consumer sentiment index was up 6% during June from last month reaching 96.1, said officials at the University of Michigan.

These results have not put the index over 16.5% above that of June of 2014 and marked the largest increase since 2004. It is now at a high of five months.

This metric, which presents questions to consumers to evaluate prospects for the U.S. economy, their own personal finances and purchasing conditions, beat the expectations of 94.5.

Consumers increased spending attitudes in the report released on Friday that fell into line with other recently released economic indicators.

Consumer spending has hit a high of six-years during May rising by 0.9% after incomes were up 0.5% said the government on Thursday.

Surging sentiments regarding vehicle purchasing, durable goods for the household and sales of homes were also up to measures estimated by economists.

Based on the report released on Friday, it seems as if consumers expect the trends to continue.

Consumer spending is expected to remain the biggest force behind 2015 economic growth said economists. It is predicted that a growth of 3% in consumer spending will be seen during 2015.

Spending has been helped recently by a labor market that has improved. The quit rate hit a high of seven years March and openings for jobs hit a high of 14-years during April, said the Department of Labor.

With reports about consumer payroll, confidence, unemployment numbers and hourly earnings all to be released in the upcoming week, economists do not project any slowdown.