Cineworld Group plc (LON:CINE) has been given a consensus rating of “Hold” by the eight research firms that are covering the company, MarketBeat Ratings reports. Two research analysts have rated the stock with a sell recommendation, five have given a hold recommendation and one has given a buy recommendation to the company. The average 12 month target price among brokerages that have updated their coverage on the stock in the last year is GBX 77 ($1.01).

See Also: Does a trade war provide a risk to the global economy? 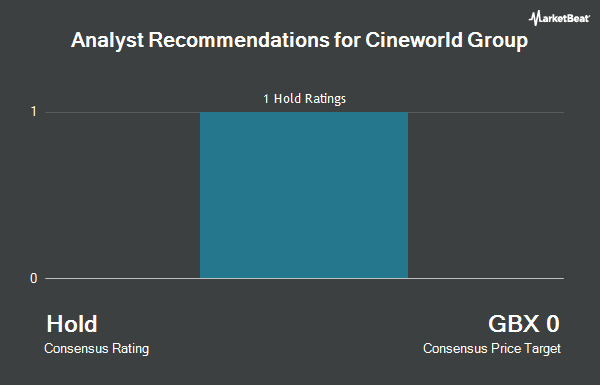 $91.31 Million in Sales Expected for Nevro Corp. This Quarter

Complete the form below to receive the latest headlines and analysts' recommendations for Cineworld Group with our free daily email newsletter: