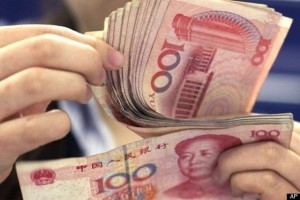 Authorities in China have seized as much as 1 trillion yuan or $157 billion for different local governments who have failed to use their entire budget allocations, said sources, as Beijing looks for more ways to spend money to work its way out of its economic slowdown.

A strategist in Shanghai stated that the economy in China was facing relatively big pressure downward and investor sentiment remained weak.

Data has shown that the growth of the economy is teetering on falling below its annual rate of 7% set by the government.

The large amount of unspent allocations is linked to the reluctance of officials to splash out large ticket projects during a time when authorities crack down on widespread corruption, supports an argument by some economists that state investment in China has grown too slowly during the first half of this year.

Previously, local governments asked for money, money was given and then no one took action, said one source.

On Monday, the economic planner in China, the powerful National Development and Reform Commission said it approved a feasibility study for two projects for roads worth over $6.2 billion yuan or $973 million.

Last week, the green light was given by the NDRC for highway, railway and bridge projects worth $23 billion, in a sign that authorities were focusing on the infrastructure instead of deeper reforms to shore up growth during the short term.

Stock markets in China have been up and down since the middle of June falling nearly 40% and have prompted efforts by state authorities to restore investor confidence.

Still during the peak earlier this year, they were 150% up compared to the lows of 2014.

A surprise yuan devaluation during August further upset the financial markets underscoring the concerns that the economy was weaker than what had been previously thought forcing the government to burn through foreign exchange reserves so the currency would remain stable.