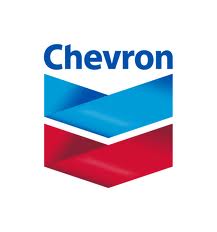 Chevron Corp’s profit dropped by 32% during the fourth quarter due to gas and oil production being lower and prices for refined fuels dropping relative to crude cost.

The second largest oil company in the U.S. reported its earnings on Friday. Net income for the three last months of 2013 was $4.93 billion with revenue ending at $53.95 billion.

Those numbers were down from a profit of $7.25 billion and revenue of $56.26 billion during the same quarter one year ago.

Chevron’s earnings were equivalent to $2.57 per share, which was one cent lower than what analysts had projected.

Chevron had announced earlier that its results would be weak in an update for its investors and those diminished expectations were reached by the company. One analyst said the results were not disappointing, just mediocre.

Chevron, based in San Ramon, California, has been praised by investors over recent years due to providing the best growth amongst the big integrated oil corporations.

This even though the company spent over $41.9 billion on different new projects across the globe during 2013, a new spending record for Chevron, which was up from $34 billion spent in 2012.

Chevron’s earnings in refining dropped by 58% compared to the same period a year ago, due to prices received from refined chemicals and fuels were lower compared to crude oil costs that are used to make them.

Margins in refining did improve somewhat compared to the third quarter of 2013, however, which gives suggestion that the market could be improving for the oil behemoth.