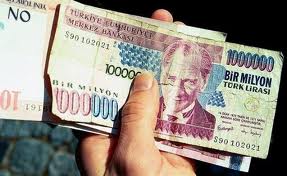 The governor of the central bank in Turkey increased expectations on Tuesday for an interest rate hike, denying he was being held hostage to political pressure, vowing to take decisive action in the fight against the country’s rising inflation and plummeting lira.

Erdem Basci announced that the bank would not hesitate to tighten up the monetary policy in a big way if it were needed and insisted the independence of the bank amidst concern from investors that the bank had shied from any rate hikes due to pressure from the Turkish government.

Basci also ruled out the imposition of capital controls by saying such a move was not in the bank’s dictionary.

Tayyip Erdogan, the Turkish Prime Minister is keen on maintaining growth in the economy leading up to an election cycle that begins in just two months.

He has been a very vocal opponent of higher interest rates that are sometimes used to bolster currencies. He railed against what he described speculators looking to stifle the country’s growth and undermine its economy.

The central bank has struggled to contain the precipitous slide of the lira. Confidence amongst investors is damaged due to the corruption scandal that has shaken the government, fears over a struggle of power and the impact globally due to the U.S. Federal Reserve cutting back its stimulus program.

Basci said in Turkey the central bank’s decisions are openly criticized or praised publicly by politicians but that does not threaten its independence.

The lira steadied against the dollar following Basci’s comments, after hitting a record low on Monday.

The inflation forecast was sharply increased by the central bank for the end of 2014 to 6.6%. That heightened expectations of the market that rates will be hiked, at its first meeting for monetary policy, since August of 2011, during the height of the crisis in the euro zone.

The bank is expected to increase its bank lending rate, the cost for overnight loans to lenders in Turkey. The rate is expected to go as high as 10%.

The bank said it would announce its decision following its meeting at approximately midnight local time.