C-Max, Escape and Other Vehicles Recalled by Ford 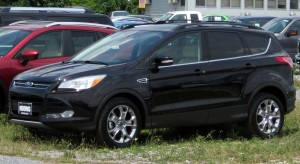 Due to air bag malfunctions and an issue with a door handle, Ford Motors Corp issued two recalls that included over 750,000 vehicles, which includes the Ford C-Max and Escape in North America.

The 65,000 C-Max and 692,000 Escapes released between 2013 and 2014 face a problem with software that could delay the air bags being released if there was an accident with the vehicle.

However, late last week, Ford stated there had not been any cases of injuries or accidents and that dealers would reprogram the control on the air bags for no cost.

According to a spokesperson with Ford, the handles on the doors could be stuck in the open position, which makes it difficult to open the door, or the door could open while the vehicle was being driven.

Some of the models of the Dodge Grand Caravan between 2010 and 2014 and the Town & Country from Chrysler will be recalled as well.

The company announced that it would contact the vehicle owners directly and the dealers would just disable the required switches that control the power windows in the third row.

In 2014, there was one of the largest ever recalls in the history of the industry as General Motors a huge rival of Ford, recalled over 2.6 million vehicles for issues with ignition switches.

GM has to deal with lawsuits as well as the investigations in connection with as many as 13 deaths that related to the recall issue. This has caused great concern amongst the automakers and has made them very cautious when they perceive the possibility of needing to make a recall.