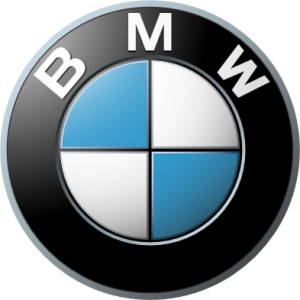 German based carmaker BMW announced that it will expand its capacity for production in the U.S. by 50% and introduced a new off-road model.

The investment is basically a bet of $1 million on SUVs.

BMW said along with the X4 SUV, its factory in the U.S. would make the new model X7 SUV. The investment will increase the production capacity in the Spartanburg, South Carolina factory to 450,000 vehicles by the end of 2016, making it the largest factory BMW has.

The new X7 was shown to workers, as well as dignitaries including Penny Pritzker, the U.S. Commerce Secretary. The new SUV is part of the German automakers strategy to help cut dependence on the fragile markets across Europe, which accounted for 44% of the group sales for 2013.

Increasing the production in the U.S. with greater capacity for manufacturing and new models increases BMWs gamble on the U.S., a vehicle market that is quickly recovering the levels seen prior to the financial crisis of 2007, helped by the immense popularity of the SUV.

Norbert Reithofer, the CEO at BMW said the company would develop a larger X model that will be produced at their plant in the U.S., explaining that customer demand has brought this vehicle from BMW.

Last week, it was reported that BMW was planning to build the new X7 at the South Carolina plant. The company believes the new SUV will be very successful in both China and the U.S. and the U.S. market cannot be ignored.

Reithofer said BMW had a larger X7 model in design but during the financial crisis, its plans were shelved, since there was not much demand and the thought was it could be upsetting too many over BMW’s image as a low-emissions car maker.

However, the SUV has once again become very popular over the past couple of years, accounting for more than 32% of all vehicle sales in 2013 in the U.S., which is up from a 1999 figure of 19%.

Spartanburg starting making the 3-series sedans for BMW but today the plant is mainly making off road vehicles such as the X3, X5 as well as the X6 off road during 2013, of which more than 70% were exported.

The off road vehicles are gas guzzlers but have become popular in the U.S. due in part to fuel prices being low resulting from its booming shale gas and oil industry, a trend most industry experts said would continue.

$26.58 Million in Sales Expected for National CineMedia, Inc. This Quarter