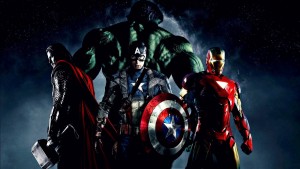 Marvel and Disney’s super team adventure was the film with the highest grossing weekend everywhere it debuted and has rolled out now in over 55% of the international market, which included such major locations as Italy, France, Germany, Russia, Korea, Australia and the UK.

Entering last weekend, Disney projected a debut overseas of between $160 million and $175 million. The distribution chief for Disney, Dave Hollis said the bar had been high, but the weekend receipts are examples of the momentum right now in the marketplace.

The highly anticipated sequel loaded with superheroes opens this weekend in the U.S. where it is expected to earn more than $200 million and it could top its predecessor the first Avengers that broke records at $207.4 million. The movie cost over $250 million to produce.

The debut success of the movie is a testament to how strong the global market is, which accounts currently for 70% or more of a major movie’s entire box office gross. Only 20 years ago, the ticket sales overseas compromised less than 50% of the movie’s gross revenues.

What was very impressive is that the new Avengers movie put up huge numbers despite the current fluctuation with currency. The strength of the U.S. dollar and the continuing economic trouble across Europe and Russia have altered the rate of exchange dramatically over the past three year since the first Avengers was released.

The euro fell by close to 20% during that time and the ruble plunged more than 46%. Yet this second film is exceeding the first by over 44% in today’s dollars.

The overwhelming enthusiasm for this film gave IMAX the largest overseas opening in history not taking into account China, IMAX sold $10.4 million coming from its widescreen locations. In Denmark, the newly opened venue did $172,000, which is a staggering amount for just one screen.

IMAX’s Entertainment CEO Greg Foster said the movie was in their wheelhouse. He likened the relationship IMAX has to films within the Marvel universe to the Harry Potter series it enjoyed so much success with.