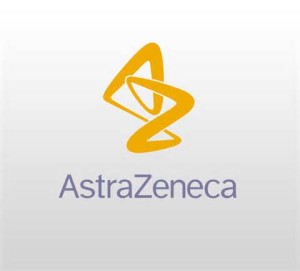 Shares of AstraZeneca in the U.S. jumped in trading before the bell Monday after reports of a takeover approach of $100 billion by Pfizer, which would be the largest deal in pharmaceuticals history if it were to be accepted.

Neither of the two companies would make a comment on the latest reports that the two were holding informal discussions a number of months ago but the talks had ended.

However, one prominent analysts in the industry predicted that Pfizer would likely be reviving interest in the future, attracted by the promising pipeline AstraZeneca has of experimental drugs for cancer and the potential of huge cost savings with the two companies joined into one.

A Citigroup analyst said that Pfizer’s purported interest is highly probable and he expected the company, based in the U.S., to push ahead aggressively with another approach.

The stock market in New York opened Monday with AstraZeneca up over 6% following the reports from publications on Sunday.

If a deal were made, it would herald the megamergers return to the industry following a period where it appeared they had fallen out of favor with both investors and companies.

Pfizer is known for big acquisitions such as its takeover of Wyeth for $68 billion in 2009 and its deal for Pharmacia for $56 billion in 2002.

Pfizer looks more focused in divesting its non-core operation and then restructuring but its CEO Ian Read said in 2013 he would never say never about a large acquisition if it made sense.

If Pfizer were to acquire AstraZeneca it would provide the behemoth pharmaceutical company an outlet for cash in the billions that have been accumulated by Pfizer overseas, avoiding the huge tax bill involved if it were repatriated to the U.S.

However, an acquisition of one of the most prized and biggest companies in Britain would rekindle the heated debate over the openness of takeover rules in the UK and spark renewed concern over investments and jobs in the sector of life sciences.

AstraZeneca, which Pascal Soriot took over as the CEO in 2012, has struggled with falling sales and profits that have resulted from lost patent protection of a number of its lucrative drugs.