In other Apollo Tactical Income Fund news, major shareholder Saba Capital Management, L.P. sold 53,318 shares of Apollo Tactical Income Fund stock in a transaction dated Monday, August 30th. The stock was sold at an average price of $15.89, for a total value of $847,223.02. The transaction was disclosed in a legal filing with the Securities & Exchange Commission, which is accessible through the SEC website.

Apollo Tactical Income Fund, Inc is a diversified and closed-end management investment company. It engages in the investments in a portfolio of loans, bonds, and other credit instruments. The firm aims to seek current income and preserve capital. The company was founded in 2009 and is headquartered in New York, NY. 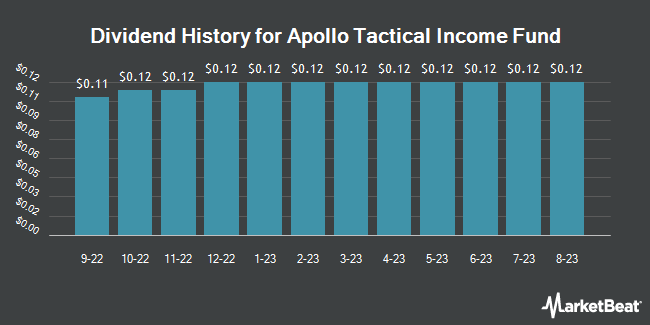 Algorand Trading Down 22.2% This Week

Complete the form below to receive the latest headlines and analysts' recommendations for Apollo Tactical Income Fund with our free daily email newsletter: