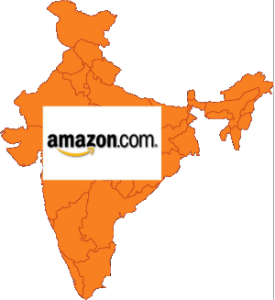 On Wednesday, Amazon.com said it was investing over $2 billion in India to expand as its competition to win customers has heated up in the South Asia, fast growing e-commerce market.

Jeff Bezos, the CEO and founder of the e-commerce giants said through a statement that the company sees great potential in the economy in India and for strong growth in India e-commerce.

Investors have poured a large amount of money into the online retail sector in India as e-commerce has at last started to take off in the world’s second most populated country.

One brokerage in the company expects retailing online in India will grow as much as 11-fold to exceed $23 billion during the next four to five years.

The announcement on Wednesday by Amazon comes only one day after Flipkart internet, its local India rival announced it raised more than $1 billion to expand.

Flipkart on Tuesday said its current investors, which include Tiger Global Management, agreed to give more funds. New backers have also come aboard, including GIC the sovereign wealth fund from Singapore as well as Morgan Stanley.

The investment by Amazon comes about a year after the launch of its Amazon site in India to sell DVDs, books, fashion accessories and electronic goods. In 2012, it entered India through Junglee.com its website for price-comparisons.

Over 17 million different products are sold on the site, which acts as well as a distributor for small up to medium sized companies that number in the thousands.

Amazon does not sell the products directly to the customer as the law in India bars foreign investment directly in multi-brand retail businesses.

In order to sidestep those restrictions, Amazon allows the merchants to use the website, logistic network and storage facilities to sell as well as deliver their goods.

Amazon earns money by charging the retailer a set of fees for the service.

There are two Amazon warehouses in Bangalore and Mumbai. On Monday, Amazon said it planned to open at least five additional warehouses.