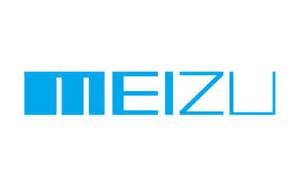 However, the company is facing serious competition from both international and domestic rivals attempting to tap into the growing number of mobile internet users in the country.

China has over 557 million users of mobile internet.

Although the internet penetration is less than 50% across China, the country had more than 649 million total web users, of which 86% log on using tablets or a smartphone.

Internet giants in China like Baidu a search company and Tencent the gaming and chat company, have already moved to mobile, while a number of domestic makers of smartphones including Huawei, Xiaomi and Lenovo are fighting it out with huge multinational companies such as Apple and Samsung to sell hardware.

Together the five brands represent more than 60% of the smartphone market in China.

Meizu in comparison has under 2% of the market share but has grown manufacturing output from just a couple hundred thousand units previously to over 2 million the last quarter of 2014.

It is a small base for Alibaba to enter into the largest smartphone market in the world but it does not have any other choice.

Google previously had forced makers of smartphones to drop YunOS with the company protesting the software was based on its Android OS but is not compatible with the wider ecosystem of Android.

Alibaba however, maintains that YunOS is not an Android version.

Whatever that might be, Chinese mobile handset users will be able to expect to see more of the operating system shortly. Alibaba has other immediate problems. Although the company said that mobile sales represented 42% of its last quarter business, its mobile ad revenue was under 2%, which was below estimates of analysts.

$7.83 Million in Sales Expected for Merus This Quarter