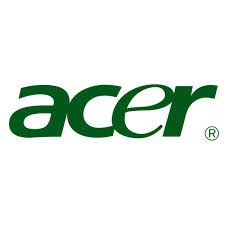 Acer, the computer maker, reported a net loss of $251 million for its fourth quarter. At the same time, senior executives from the struggling Personal Computer maker have agreed to a cut in their pay of 30%.

This is now the third straight quarter that Acer reported a loss, as the maker of PCs continues losing sales. During the most recent quarter ending on December 31, 2013, the revenue for the company was NT$86.7 billion, which was down from last year’s revenue during the same period of NT$101.5 billion.

Part of the net loss for the fourth quarter was because of a one-time write off valued at NT$1.3 billion that was related to an inventory of raw materials, along with other costs said Acer Friday.

The PC maker based in Taiwan once was riding high on its low priced notebook sales. However, in the last couple of years has routinely been reporting weaker earnings.

Today more consumers opt to purchase tablets and smartphones, which has eliminated the demand for consumer PCs, which happens to be the primary business for the Taiwanese company.

However, Acer has made an attempt at responding to the change in consumer buying with tablets, laptops and smartphones that are low-priced, including light and thin designs that are referred to as ultrabooks.

Nevertheless, the competition for the range of mobile devices is very stiff across the board. The sales of Microsoft 8 OS and ultrabooks has not increased the sales of PCs.

In November of 2013, the CEO of Acer resigned, then in December the maker of PCs named Jason Chen as the company’s new CEO and President to help revive its business.

Chen is a former executive at Taiwan Semiconductor Manufacturing, the contract chipmaker.

Acer has not issued much information as to how it will turn its dropping sales around. Thus far, the maker of PCs said it is planning to develop cloud products that are personalized that will work in its range of tablets, smartphones and notebooks.

Through the use of the software, users would be able to easily store as well as share content across devices.

Acer admitted Friday that it had made mistakes in investing so much in notebooks.