Equities analysts expect Guardant Health, Inc. (NASDAQ:GH) to post $77.75 million in sales for the current quarter, Zacks reports. Five analysts have provided estimates for Guardant Health’s earnings, with the lowest sales estimate coming in at $75.07 million and the highest estimate coming in at $81.30 million. Guardant Health reported sales of $62.90 million during the same quarter last year, which indicates a positive year-over-year growth rate of 23.6%. The company is scheduled to report its next quarterly earnings report after the market closes on Wednesday, February 24th.

According to Zacks, analysts expect that Guardant Health will report full-year sales of $285.69 million for the current year, with estimates ranging from $283.34 million to $289.70 million. For the next financial year, analysts forecast that the company will report sales of $382.36 million, with estimates ranging from $374.10 million to $390.45 million. Zacks Investment Research’s sales calculations are an average based on a survey of research firms that follow Guardant Health. 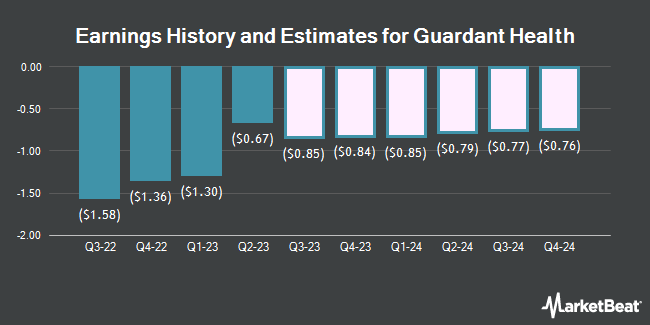 Morningstar, Inc. to Issue Quarterly Dividend of $0.32 on April 30th

Complete the form below to receive the latest headlines and analysts' recommendations for Guardant Health with our free daily email newsletter: