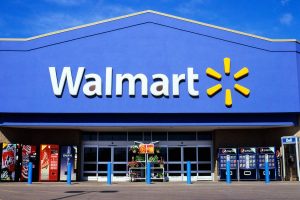 Wal-Mart Stores Inc. (NYSE:WMT) has announced plans to eliminate nearly 7,000 employment positions across its companies over the next several months. The job cuts will affect thousands of back-office positions around the country, including many store accounting and invoicing positions. Their tasks will now be handled by a central office or automated, according to company executives.

Employees in those positions process claims from manufacturers delivering goods directly to stores or manage an individual store’s daily cash flow, among other tasks. Those positions are often some of the highest paid hourly workers in the stores and are mostly held by long-term employees. Wal-Mart tested the change in about 500 stores earlier this year, mostly west of Colorado.

Most of the displaced employees are being offered customer-facing roles, but some of those that take other positions could see their salary go down. Wal-Mart is rapidly expanding a service that lets shoppers order groceries online and pick them up curbside. That means it needs employees to pull produce off shelves, pack orders and deliver them to a customer’s car, jobs that didn’t exist three years ago.

Wal-Mart is currently the largest private employer in the U.S. Wal-Mart currently employs 1.4 million people in the U.S. In many small towns and rural areas, the Wal-Mart store can be one of the largest employers. A typical Wal-Mart Supercenter employs hundreds of people from cashiers and cart wranglers to store managers. A busy location might see around $100 million in annual sales.

Wal-Mart has spent $2.7 billion on raises for store workers over the past two calendar years. Last year, the company announced that it was increasing its starting wage for store employees to $9 an hour, or about $18,700 a year, for a full-time employee. New hires can earn $10 an hour after completing a six-month training program.

The company is also spending heavily to make its stores more pleasant places to shop. At its annual shareholder meeting in June, the company said that customer satisfaction scores had risen 79 weeks in a row. Wal-Mart’s comparable-store sales have risen for eight straight quarters. Store traffic has improved for seven straight quarters.